Another Good Strategy By My YB

He seem to be very keen to move Petronas to put NGV as the most effective alternative fuel for the Raakyat.

On Sartuday 15th December 2007, he wrote a one page article on " NGV alternative atasi kenaikan harga petrol." in Harian Metro.

The article was in Bahasa and I cud not get them from the harian Metro website.

In this article he seem to laid down some of the basis why Petronas should give more attention to NGV for the rakyaat.

There are only 40,000 users after 23 years of implementation. The number of NGV filling stations (58 stations)is still very low causing long cues on almost all of Petronas Petrol stations with one or two dispensers installed. We should be looking at dedicated stations.

Other countries like Argentina, Brazil and Pakistan have surpass 1,000,000 vehicles while we have far away from home. Some started uning NGV just 8 years ago.

Malaysia have a huge gas reserves and producing about 2.06 billion scf and the amount used for NGV is less then 0.6% (30 million SCF).

The best points that I like to select is:

The natural gas belongs to the Raakyat. It is equivalent to drilling a water well at the back of our house and why can we offer the water to our neighbours free of charge? Is it wrong if we ask the gas to be returned to the Raakyat. We are just asking for 5% of the total amount produced by Petronas.

Just imagine if 1 million vehicle users switched to NGV. The move will save each user at least RM 2,300 a year. An the Government will save at least 16 billion a year.

In his conclusion is said: So what are we waiting for? All that we have is infront of our eyes, it is only our wish to implement or not to implement.

I guess this is another milestone to NGV implementation in Malaysia.
Posted by Pak Harry The Swiftlet Anthusiast !!! at 11:43 AM

Melvin, Please go ahead and I hope U have a very good day

i'm still kind of new to NGV, may i know what is the average cost for the initial installation ?

helllo Mr Harry Kok. I'm Hazra and im a student from International Education Center(INTEC),UiTM. Currently i'm doing an investigation on the advantages and disadvantages of NGV as one of my internal assesment. So far, I have found more advantages than disadvantages. Some of my points are ; 1) NGV is environmental friendly
2) cheaper cost
3) and it is safe
Could you please outline to me the disadvantages of using NGV?
Sorry i posted here because i can't find your e-mail address.Do reply.Thank you.
This is my e-mail address;
nurhazra@hotmail.com

hazra said...
This comment has been removed by the author.
11:45 AM

hazra said...
This comment has been removed by the author.
4:00 PM 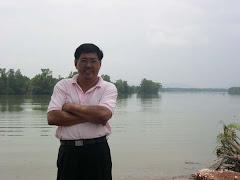 A Barge With CNG Bottles

Transportation can be done via sea and rivers 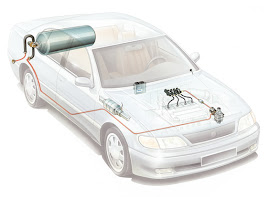 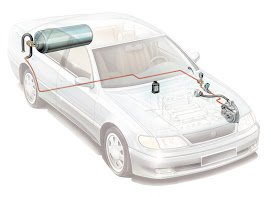 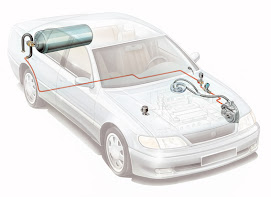